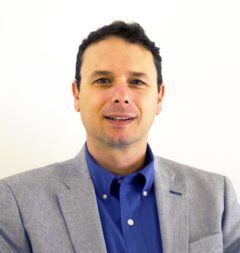 Joe has been flying since 2007. He got his private pilot license at Channel Islands Aviation. Joe earned his Flight Instructor Certificate in 2009 and returned to CIA as the VP of Maintenance. After a couple of years at CIA, Joe left for a flight instruction career. In addition to flying, and as a local entrepreneur, Joe contributed to the success of multiple businesses in SOCAL. He returned to CIA in 2020 as the flight school manager. Joe holds a Master Degree in Technology Entrepreneurship and Corporate Innovation from the University of Maryland, and currently resides in Agoura Hills with his wife and their two daughters.

Robert Vaughan had a lifetime dream of flying from boyhood when he would watch in wonder the myriad aircraft flying in and out of Meadowlark Airport (L16) in his home town of Huntington Beach, CA. Robert spent 6 years in the U.S. Air Force Reserves as ground crew for C-130s and C-141s as part of the Military Airlift Command stationed at March AFB and Norton AFB (now KSBD). In 2001, Robert attained his Private Pilot certificate flying out of John Wayne Airport (KSNA). He has since flown Piper, Cessna, Beech, Mooney, and Diamond aircraft throughout the southwest as well as island hopping in Hawaii while enjoying the privilege of being a pilot. As a mentor in business, Robert decided to marry his love of teaching with his passion of aviation and become a flight instructor. Says Robert, “Today, I am living the dream right seat sharing with others the joy of flying while instructing at one of the best flight schools in the industry.” Robert has been a member of Aircraft Owners and Pilots Association (AOPA) since 1999, as well as member of Corona Pilot’s Association (CPA) and National Association of Flight Instructors (NAFI).

Anneliese started flying at the age of sixteen when she was inspired by her father, who was an airline pilot, to learn to fly. She received all of her ratings locally and completed her CFI during college. After graduating University of California Santa Barbara with a degree in Marine Biology she began teaching and later worked for SkyWest Airlines. After seven years as an airline pilot and continuing to teach part-time on her days off, Anneliese returned to Camarillo to pursue a career as a flight instructor. She has been with Channel Islands Aviation for ten years and is CIA’s on staff Cirrus Standardized Instructor Pilot (CSIP). With about 15,000 flight hours, Anneliese has found the perfect profession that combines her dad’s love of aviation and her mom’s passion for teaching.